All our content is created independently and never Sponsored. We only recommend products and deals based on our own research and requests from you, our readers.

If you buy a product that we recommend via one of the links on this site, we may get a commission from the company the link points to.  If you decide to return that product for whatever reason, we make nothing.

That means there’s no incentive for us to try to convince you to buy a specific product - the reality is the opposite.  We need you to make the right decision first time so we can continue to provide future guides and advice.

Some of you may have already gone shopping for smart home devices and stumbled on labels that mention Zigbee or ZWave.  But what exactly do they mean to you on your home automation journey?

Essentially Zigbee and Z-Wave are wireless connectivity standards, much like Bluetooth or WiFi.

We need them because connecting multiple low-power smart devices throughout your home requires a common language to allow your smart devices from different manufacturers to work together.

Bluetooth and Wifi are not the best or most efficient way of achieving this, and although a few smart tech manufacturers like Insteon have developed their own proprietary standard, most smart devices use Zigbee or Z Wave to communicate.

And for the sake of not getting too technical, they’re the way (the language if you like) most smart devices talk with one another, rather than connecting directly via your existing WiFi and risk over-crowding your wireless network (yes streaming Netflix at 4k uses a lot of bandwidth!).  And before you ask, unfortunately using a wifi-extender won’t help with your bandwidth constraints, they simply extend the range of your existing wifi network.

Instead your smart devices connect through a manufacturers proprietary hub, think the Phillips Hue Bridge, or a home automation controller such as Samsung SmartThings, using one of these standards.  These clever little boxes then connect to your home Wifi for you to access and control your smart tech through an app or via voice control using your smart speaker of choice.

Before we explore the zigbee vs z wave comparison, lets take a look at the things they share and find out more about mesh networks in the connected home.

Both Z-Wave and Zigbee are mesh networks transmitting on radio frequencies and use the same AES-128 symmetric encryption technology, so z wave vs zigbee security is in essence identical.

What is a Mesh Network?

Mesh networking is not a new idea and until recently mostly found in hospitals, military installations, and larger commercial applications.  You’ll likely recognise the term in relation to Mesh Wifi systems from likes of Google and Netgear. 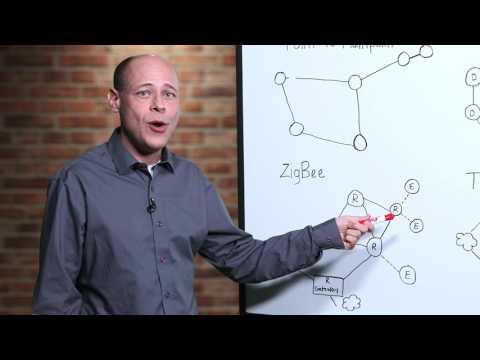 A mesh network is a collection of devices using a common language to communicate with each other, acting as repeaters that pass a signal onto the next device, rather than only talking with a central hub.  This means as a mesh network grows, so does its range and resilience, overcoming distance and penetration issues commonly experienced by traditional star networking topologies (think your standard wifi router setup), where if your device is not in range of the central unit, it cannot connect to the network.

Both the zigbee mesh network and the z wave mesh network enabled devices communicate between each other using the same broadcast frequency, without the need to go through your WiFi each time.  Each device piggybacks off the next, hopping from node to node (device to device) until it reaches its destination, in the case of smart homes and the Internet of Things this will be a central controller.  With ZWave there are a maximum of 4 steps between nodes (devices) and an unlimited number of steps for ZigBee.  Once the signal reaches the central controller, it then connects to your home wifi network where you can access, schedule and control all the individual nodes (devices) on that network.

What about Bluetooth Mesh?

Announced in July 2017, Bluetooth mesh looks on paper to be a serious contender to Z-Wave & Zigbee.

The existing Bluetooth Low Energy standard provides the foundation for Bluetooth Mesh, allowing enabled devices to communicate across the network in a similar way as Zigbee and Z Wave, where each smart device acts as an outpost as the signal hops between devices before reaching the hub or bridge which connects to your WiFi.

Much like other low transmission protocols, it’s not suitable for data-hungry tech like a 4k door camera, but it does boast a significant improvement on range, maxing out at 90 metres.

Its success is entirely dependent on smart technology manufacturers updating their existing tech and including the standard in future products moving forward.  Only time will tell how things shake out, but it does provide us the consumers, with more options.  Not sure if that’s a good thing but there we go!

The Zigbee Alliance runs and manages Zigbee, an open standard wireless communication technology which broadcasts on 2.4GHz (a common WiFi frequency) and 915MHz.  It boasts data transfer rates of 40-250 kbps, which is faster than those offered by Z-Wave.

The Zigbee range distance is up to 20 metres and can support over 65,000 devices across a single mesh network, way more than you’ll ever need for your apartment!

Half a billion Zigbee chipsets have been sold to date, this includes battery dependent devices such as sensors, spread across 400 smart home manufacturers providing consumers with a list of over 2,500 smart devices and growing.

Some of the top smart home brands that use zigbee include:

What is Z Wave

Z-Wave is a proprietary wireless unified standard from Silicon Labs that requires the manufacturers of Z-Wave smart device to license the standard for use within their product. This means that all Z-Wave enabled devices work together straight out of the box and are completely backwards compatible.

It broadcasts on the low-frequency 908.42 band in the U.S. and the 868.42 MHz band in Europe, so interference is at a minimum for the Z-Wave standard, unlike Zigbee which shares the common wifi frequency band of 2.4GHz.  It has data transfer rates of 9.6-100kbps and also provides a longer broadcast radius than ZigBee, currently maxing out at 30 metres.

With the launch of the new 700 Series, they have significantly extended the z wave distance to 100m between each node (your individual smart devices). It is however worth noting ZWave can only support a maximum of 232 devices across a single mesh network installation, considerably less than Zigbee, but still more than most home automation setups will require.

With over 700 manufacturers on-board, the Z-Wave Alliance members provide the consumer market over 2,400 products and counting.  This means a mind-boggling 94+ million Z-Wave enabled smart devices are currently in operation around the Globe, or to put that in context, 70% of the total smart home technology currently in use.

Some of the top z wave products on the market include:

Take a deep breath and exhale!  The short answer is no my friends.

With the explosive growth of Personal Assistants built into Smart Speakers like Google Home and the Echo Plus, and with dedicated home automation controllers including Samsung SmartThings and Wink Hub that support both standards, interoperatability between your smart devices on different protocols isn’t really a thing you need to worry about.

And as the Smart Home Technology sector continues to grow, it’s simply too early to tell if Z-Wave or Zigbee will kill off its competitor.  They have both had over 10 years to build alliances with key manufacturers, resulting in thousands of available smart devices between them.  One thing is for sure, for now they will continue to grow in parallel, so neither will become obsolete in the immediate future.

Will we ever see one single unified smart home communication standard? Only time will tell as more smart devices are released and critically, we the consumers of this tech, vote with our hard earned cash.  Consolidation is certainly on the cards, but not likely for at least another few years.

Sure there are benefits to picking a single communication standard, by design mesh networks become more reliable with each device added to the same network.  But thanks to services like Stringify and IFTTT, even devices that use different standards can work together.   So we recommend keeping in mind existing smart kit you already have and then planning which smart-home devices you need next, then benchmarking which are available using each standard.  That way you can keep things as simple and reliable as possible.

Are you currently knee-deep in Z Wave devices, or perhaps starting your home automation journey with Zigbee?  Whatever stage you’re at, drop a comment below and share your experiences and ask any questions we may not have covered in the article.  We look forward to hearing from you and helping you as best we can! 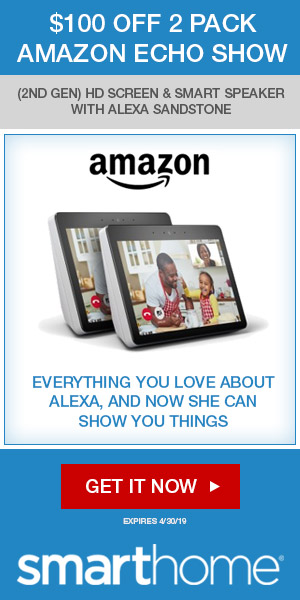 Using Smart Technology To Raise The Value Of Your Home

Smart Devices To Keep Connected With Your Babys Health. And Their Safety!